The Homepage is made to decrease police brutality.

Here at #BEAWAKENING we want to help give others resources to stop the spread of discrimination and violence in Chicago. In order to this, we want to motivate people to educate themselves and stay away from certain issues. We will provide resources as well. Thank you!

Police brutality is the use of excessive and/or unnecessary force by police when handling civilians. This can happen in phisical abuse, verbal abuse, false arrests, psycological intimidation, sexual abuse, police corruption, racial profiling, political repression, and misuse of their taser. But, using lethal force or necessary force is not brutality.


What is Police Brutality?

Many low income neighborhoods in Chicago tend to have higher levels of violence. Violence is more of a symptom rather than a cause of poverty. Even though rates of violent crime have lowered in the last two years, we still have many disparities and tradgedies. Violent crime is still very prominent in Chicago and .

To racially profile a person is to use their race/ethnicity as a reason to suspect them for doing something wrong. Its a violation of human to simply categorize someone because of the identy you see on the outside. We can see examples of this in police arrests or people being kicked out of businesses.


Racial Profiling in the US

When a crime is committed, there is an investigaton conducted. This will determine who has committed the crime in order to prosecute them. Most times, cases are closed but many times they are not. There could be may factors to it but one of them is confirmation bias.

When people are put on trial, they can either be proven guilty or innocent. There are many different prosecutions but most times, people are sent to prison for their crimes. At times, people can be wrongly accused.

Mass incarceration is defined by historically high extreme rates of imprisonment. Usually the concentration of the people experiencing MI is young black men. Though the US only makes up for 5% of the world's population, it makes up about 25% of the prison population.

Do you need professional mental help? Need to get things off your chest? Betterhelp counseling is a great alternative to live counseling. It's totally free and gets you on a live chat with a counselor. Try it out!

*Note* Why should people be catergorized? Don't criticize but emphasize equality! 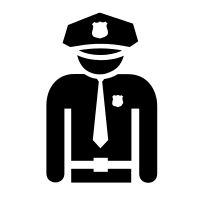 Below are essential rules to keep in mind while in the chat space.

Read up on new stories about how citizens of Chicago are attempting to tackle discrimination within their communities. As more people add reccomendations, the current news sources will change to fit website visitors' favorites.

Explore interviews on various citizens of Chicago, so that you may hear their opinions on the improvement of discrimination.

Their purpose for becoming a police officer was mostly to give back to the community. They believe that every police officer should never abuse their power to hurt and disrespect other who do not deserve it, and that people should be given the resources they need to succeed in life.

They believe people should be given the resources they need in order to get out the box they’re in. They believe that the best way to understand bigotry or how an immigrant may feel is to put yourself in other people's shoes, and to realize that people tend to be brutal simply because people are completely different.

They labeled most of the discrimination towards them & their friends as “microaggressions”, and believes that most discrimination comes from ignorance, with politicians & media figures having an impact on how they voice their beliefs. they said that safe spaces need to do something to educate those who discriminate.